Five Rivers MetroParks (MetroParks) is a well-respected regional park district in Dayton, Ohio. Servicing over 800k people in Montgomery County, MetroParks provides a variety of outdoor recreation opportunities — including hiking, kayaking, and mountain biking — to residents and visitors. The organization manages 18 parks, 16,000 acres of open space, and more than 150 miles of trails.

After identifying the need to engage with a new generation of visitors, MetroParks added the development of a mobile app to its long-term strategic plan. By the summer of 2020, the organization had decided to launch on OuterSpatial and was ready to start promoting its new application. This article outlines the process MetroParks followed to launch in OuterSpatial and the metrics it used to measured success after the launch.

Before the launch, MetroParks sent out a print and digital newsletter to every resident in the County that included a full-page ad announcing the launch of their new application. The ad included a short URL visitors could use to sign up to be notified about the launch: metroparks.org/mobile. 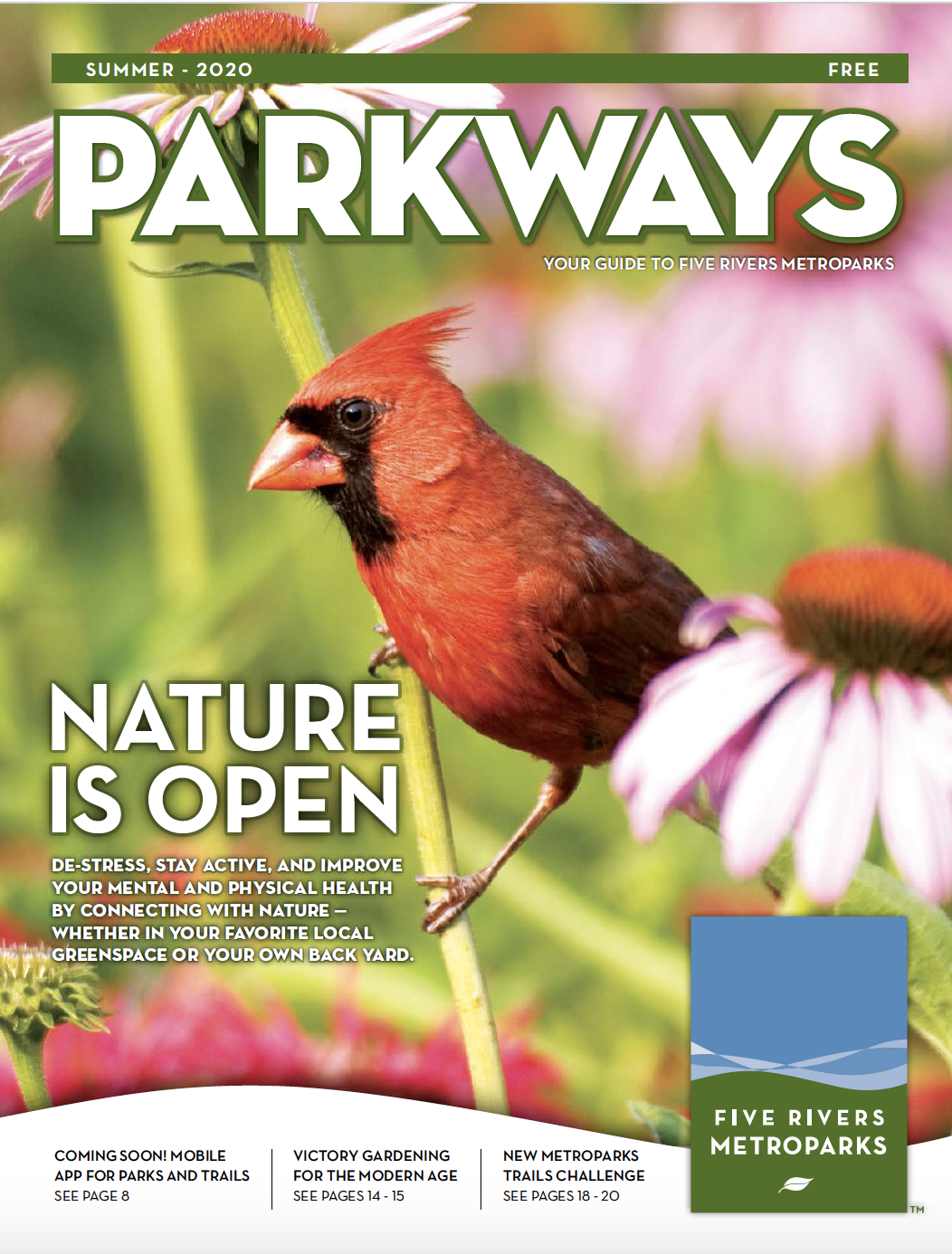 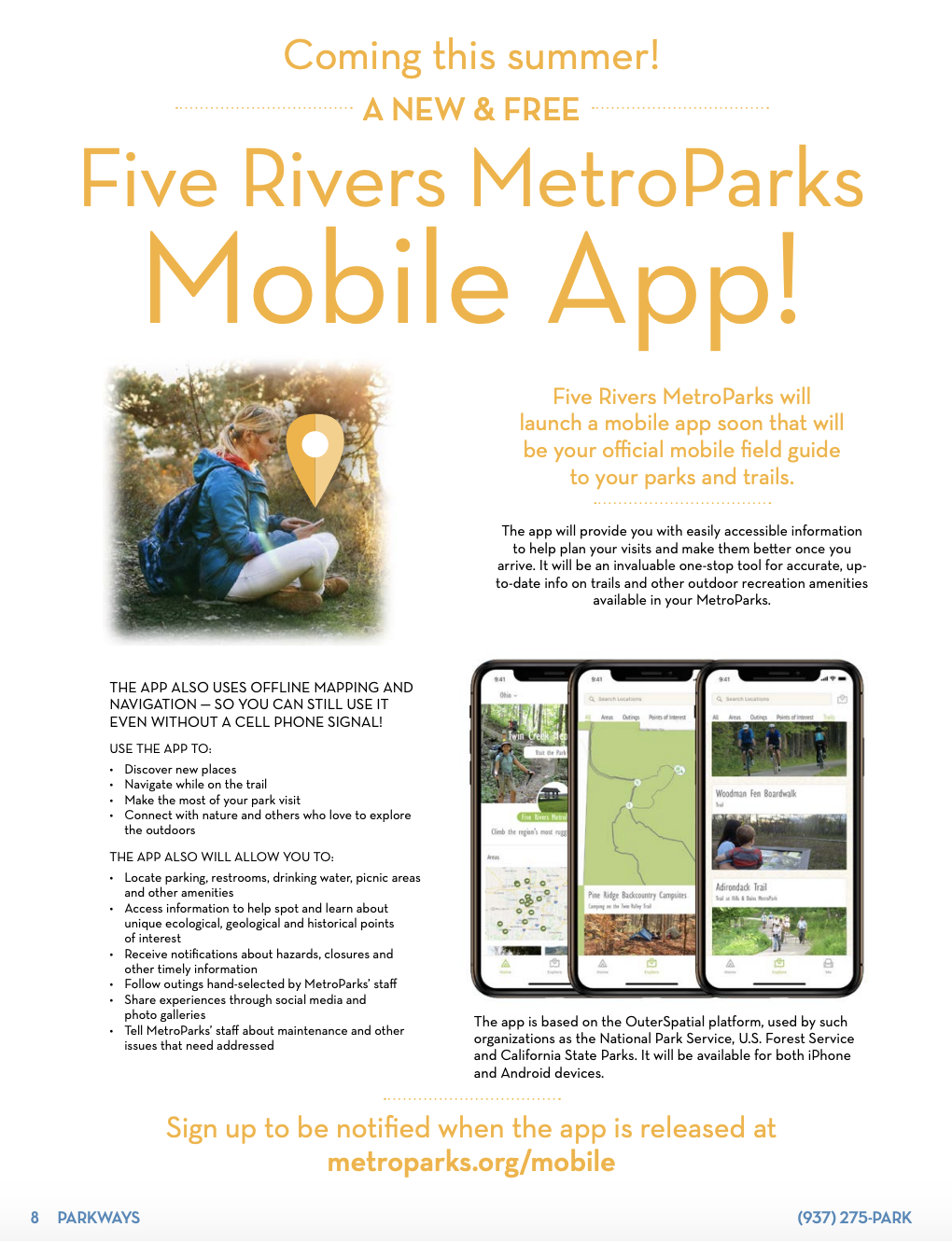 The day before the app launched, MetroParks sent out a press release. 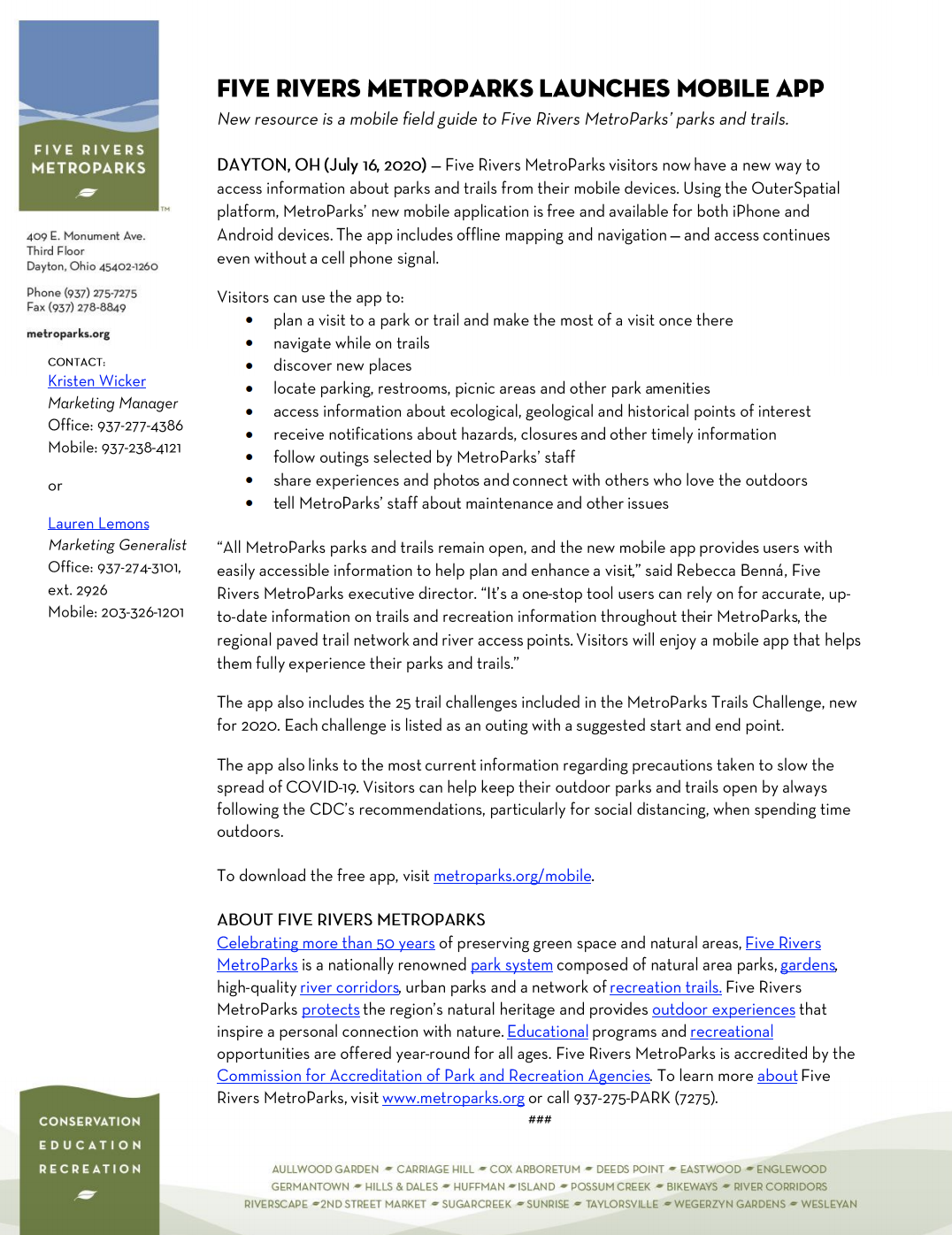 On the day of the launch, MetroParks made a splash by adding a clear Call to Action to download the app to its website. 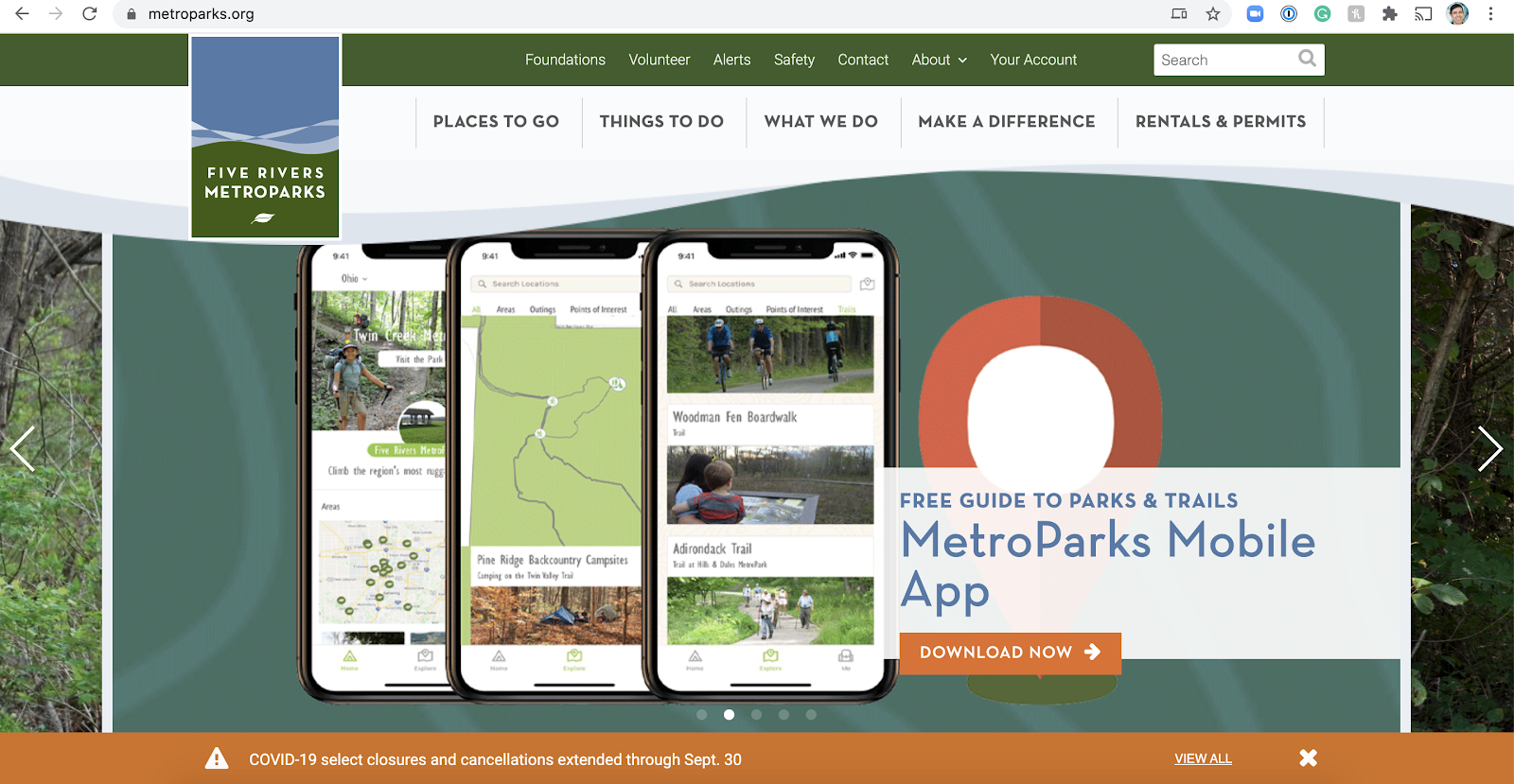 Continue to Market the App

For a month after the launch, MetroParks ran a Facebook and Instagram ad campaign that linked to the same landing page: metroparks.org/mobile. They also published ads in local magazines and newspapers. This helped drive more users to download the app. 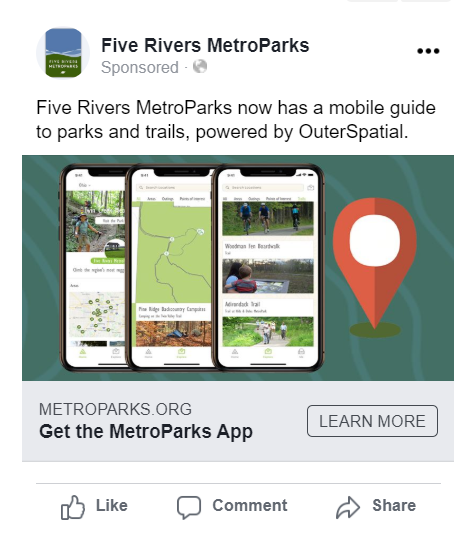 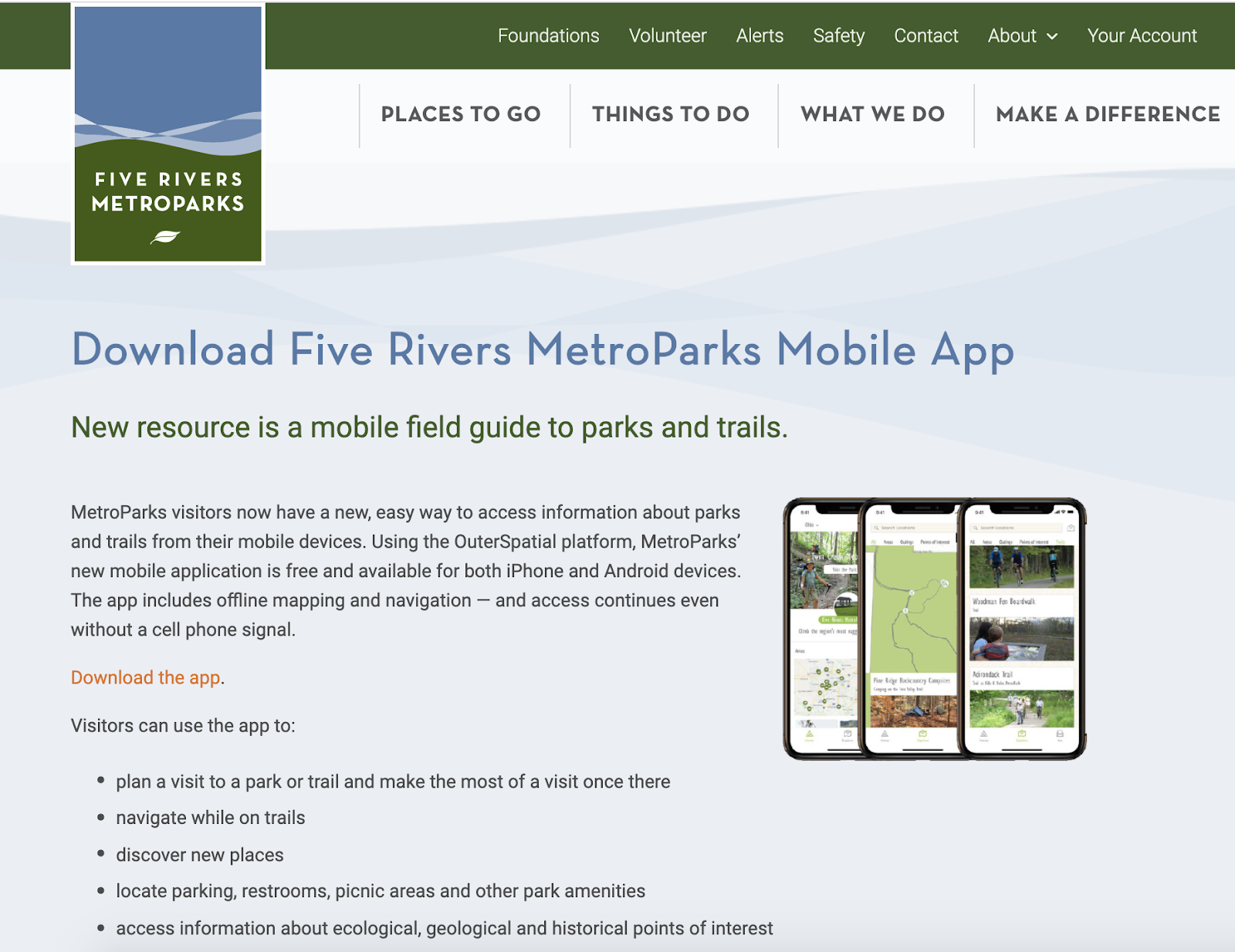 To begin promoting the app, MetroParks created a campaign, with an associated deep-link, to onboard new users into the Ohio community.

When MetroParks launched in OuterSpatial, they offered a Trails Challenge. To support the Challenge, they added 25 corresponding Outings in the app and suggested that visitors use the app while hiking or biking on the Outings.

MetroParks set an initial goal of 1,000 app downloads. Within a week, they had reached their download goal, and they quadrupled their initial goal within the first three months. And they've been able to drive high usage, over time, by keeping their Content up-to-date and continuing their marketing efforts.

As your organization plans its OuterSpatial launch, consider following these steps to maximize your success!

Did this answer your question? Thanks for the feedback There was a problem submitting your feedback. Please try again later.